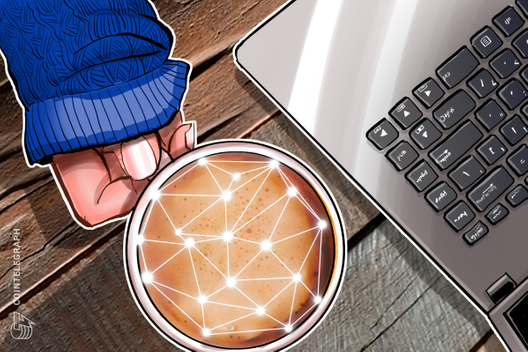 On Jan. 6 at The Consumer Electronics Show in Las Vegas, IBM and Farmer Connect – an organization committed to increasing transparency and sustainability in agriculture supply chains – demoed a blockchain-based app that allows consumers to learn about the coffee beans they purchase.

Founder and president of Farmer Connect, David Behrends, told Cointelegraph that the “Thank My Farmer” mobile app provides consumers with an interactive map to show the journey of their coffee by scanning a QR-code:

“After scanning a QR-code, consumers are taken straight to a product page that gives details about the coffee they are drinking. Below that description is an interactive map that shows the journey the coffee has taken. We say you can travel the world through a cup of coffee, and we’d like to help consumers visualize that.”

The Thank My Famer app is powered by IBM’s blockchain technology, which creates a permanent digitized chain of transactions that cannot be altered — tracking each step of a coffee bean’s journey.

According to IBM’s Worldwide Blockchain Leader, Paul Chang, each participant involved on the Thank My Farmer network has an exact copy of the transaction data, and that additions to the blockchain are shared throughout the network based on each participant’s level of permission. This allows farmers, wholesalers, traders and retailers to interact more efficiently, while providing consumers with insights about the origins of the coffee products.

As a result, Behrends explained that consumers will be able to see the exact locations of the farms where their coffee was grown, along with the steps the coffee bean underwent before arriving to the grocery store.

“If we have geolocation of farmers, those farms will appear on the map. If we don’t have this information, we show the steps the coffee underwent. For instance, coffee starts off as a cherry, the beans get taken out of the cherry and are washed and dried. Each step is performed in different segments before the product goes to ports of export and import. Consumers can click on the interactive map to learn more about how coffee has been sourced, traveled and transformed.”

At CES, Bluestone Lane coffee products were used to demonstrate how the Thank My Farmer app works. According to Behrends, the app will be available to the general market at the beginning of 2020. Users in the United States and Canada will be able to scan QR codes on Folgers 1850 brand premium single-origin coffee. European consumers will be able to use the app on a new single-origin brand, Beyers 1769, roasted at Beyers Koffie.

The “blockchain for good” element

Behrends also noted that one of the goals behind the Thank My Famer app is to humanize each consumer’s relationship with their coffee by giving coffee drinkers visibility into the supply chain, allowing them to better understand the steps involved in creating the product.

Reports show that coffee drinkers consume more than half a trillion cups per year. Moreover, two-thirds of consumers between the ages of 19–24 prefer to buy coffee that is sustainably grown and responsibly sourced. However, there is still a lack of knowledge that 25 million small coffee farmers rely on bringing their product to market in order to earn a living.

By using blockchain, Thank My Famer lets consumers make direct contributions to the farmers responsible for sourcing their coffee. Behrends noted that as developments to the app are made, that consumers will be able to support coffee farmers by funding local projects through the application.

“We want to encourage consumers to share the governance of sustainability by being able to make contributions while seeing the impact it has in these communities – for me that’s what humanizing coffee is about,” said Behrends.

Self-sovereign identity from the Sovrin Foundation will provide farmers with a digital identity built on the blockchain. Behrends explained:

“We are collaborating with the Sovrin Foundation to embed self-sovereign identity in the app. We are still developing this technology, but it will basically give farmers a digital identity, empowering them to own their data for the first time.”

Moreover, Behrends noted that a farmer’s digital identity will contain credentials and digital records showing when a farmer sells coffee to traders. Traders are then able to push digital credentials to confirm price, quantity and quality of coffee to farmers via the app. Once everything has been accepted and confirmed by the farmer, a digital record of production and income is created, which is then recorded on the IBM blockchain.

A farmer’s digital identity will also be linked to a bank account or digital wallet in the future, allowing consumers to make direct contributions to farmers that can then be fully traced using the Thank My Farmer app.

While Behrands noted that the app’s payment railways will not be ready until February, he explained that consumers who wish to support farmers will be given a unique key code to track where their contributions are at all times. He explained:

“The app will let consumers ‘follow the money’ to see when contributions have been collected, how they have been aggregated and most importantly, what has been dispersed to fund a particular project.”

How is this different from other blockchain-based solutions?

While the Thank My Farmer app is powered by the IBM blockchain, Chang told Cointelegraph that Farmer Connect is not part of IBM’s Food Trust Network, which currently consists of over 200 food suppliers and retailers including Walmart and Carrefour. Chang explained that the app simply uses the same assets that power the Food Trust platform.

“We took the assets from the Food Trust network and put those in a dedicated environment for Farmer Connect to address the coffee industry supply chain. As a result, Famer Connect doesn’t have to worry about scalability, security and robustness of the network, as everything has already been proven out by Food Trust.”

Moreover, Chang noted that the goal behind Thank My Famer was not to test a new technology or concept, but rather to create a more sustainable ecosystem for coffee drinkers, farmers, traders and all the other players involved.

This differs from other blockchain-based solutions that lets consumers scan a QR barcode to understand where certain food items came from. For example, while European grocery supplier, Carrefour, has incorporated QR barcode technology into some of their products, consumers are only able to see where those foods came from. Farmer Connect goes the extra step by allowing consumers to make direct contributions to farmers, which is a unique element. Behrends further explained this, saying:

“Thank My Farmer app is an industry lead initiative being supported by the entire industry. Others in space are trying to do something similar by showing consumers where their food comes from, but we are addressing issues that the coffee industry is also facing.”

Behrends also noted that Farmer Connect is looking into expanding to other food industries where products are produced by small holder farmers such as tea and cocoa.