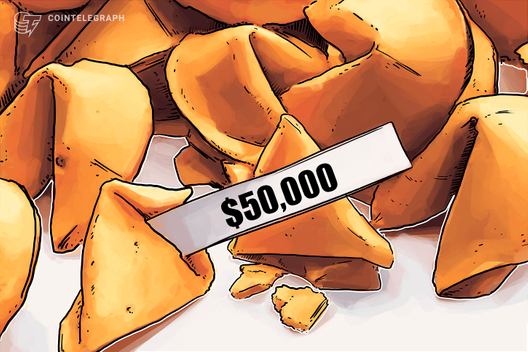 Bitcoin is making the U.S. dollar look like the German papiermark of the 1920s, says Antoni Trenchev as BTC/USD hits $7,300.

Bitcoin (BTC) can “very easily” hit $50,000 during 2020, the CEO of one cryptocurrency industry business has told mainstream media.

In an interview with Bloomberg in Berlin on Jan. 3, Antoni Trenchev, head of Bitcoin lending platform Nexo.io, said Bitcoin price growth since its inception was almost unlike anything ever seen.

Trenchev: Bitcoin is an “incredible asset”

“It’s been an incredible asset uncorrelated to the overall market,” he told the network.

Trenchev added Bitcoin’s journey to up to $20,000 was reminiscent of German hyperinflation after the First World War:

“It delivers systematic asymmetric returns and the only thing that we have seen close to anything like this has been the rise of the US dollar against the (German papiermark) in the 1920s[.]”

Asked how much higher BTC/USD could go this year, Trenchev predicted $50,000, in line with CNBC host Joe Kernen, who last July said the pair would hit $55,000 around the time of Bitcoin’s May 2020 block reward halving.

Trenchev’s comments came as Bitcoin began edging up against the dollar on Friday. Despite a raft of recent warnings that downward price action would continue, BTC/USD delivered 24-hour gains of 2.5% and at press time had broken $7,300.

As Cointelegraph reported, the action followed renewed geopolitical uncertainty after the U.S. President Donald Trump ordered an attack, which killed a senior Iranian general in the Iraqi capital, Baghdad.

Longer-term, however, analysts still envisage Bitcoin going lower in Q1 before reversing upwards. The halving, long-awaited by many investors, should catalyze the bullish U-turn, they say.