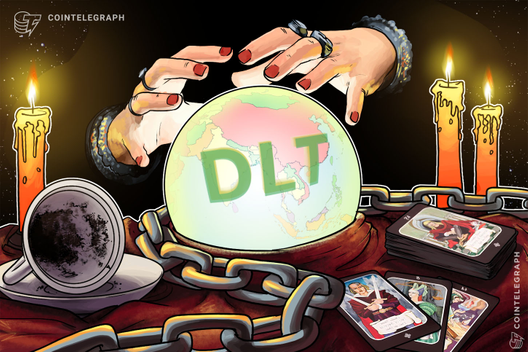 In its new “Outrageous Predictions” report, Danish Saxo Bank says that Asia will launch its own blockchain-based digital asset in 2020.

Major Danish bank Saxo Bank has predicted that Asia will launch its own blockchain-based digital asset in its new report of smashing predictions for 2020.

The latest edition of “Outrageous Predictions” by Saxo Bank also forecasts that President Donald Trump will likely lose the 2020 elections, while Hungary will leave the European Union. The report was issued on Dec. 3, according to a tweet by the bank.

Saxo Bank claims that Asia will launch a new reserve asset in order to “confront a deepening trade rivalry and vulnerabilities from rising US threats to weaponise the US dollar and its control of global finances.”

Chinese renminbi will be “heavily prominent”

Specifically, the bank predicts that the new asset, called the Asian Drawing Right, or ADR, will be issued by the Asian Infrastructure Investment Bank. The new digital asset will be “driven by blockchain technology” and based on regional central bank reserves, while its backing will be a basket of global currencies and gold.

While Chinese renminbi is forecasted to be “heavily prominent” in the ADR’s combination of currencies, the U.S. dollar is weighted at below 20%, according to Saxo Bank’s prediction. Total backing for the coin will be worth $2, making the ADR “the world’s largest currency unit,” according to the bank.

According to the forecast, the move is “clearly” aimed at reducing the impact of the U.S. dollar in regional trade and local economies. Blockchain technology will be implemented in order to provide stability of the money supply and tracking transactions in the ADR, Saxo Bank stated.

Saxo Bank is known for its crypto predictions

Saxo Bank’s Asian digital currency prediction for 2020 is not the first forecast by the bank associated with blockchain technology. In fact, the bank has made multiple predictions about the major cryptocurrency Bitcoin (BTC) and other crypto markets to date.

In mid-April 2018, Saxo Bank predicted that cryptos will see a major bull market in Q2 2018. However, after a short bull trend in April, crypto markets saw a major bearish move throughout the second quarter.