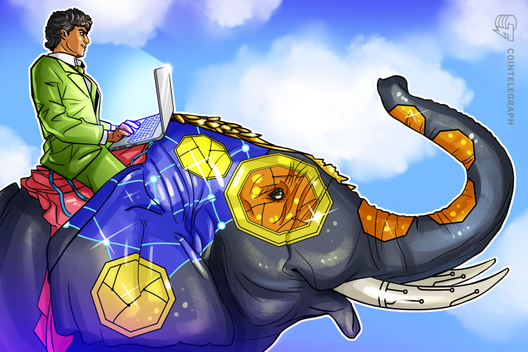 India’s biggest crypto exchange, WazirX, was bought by Binance, sending a wave of optimism in the crypto ecosystem.

In April 2018, the Reserve Bank of India, the country’s central bank, initiated a major crackdown on the trade and purchase of cryptocurrencies such as Bitcoin within its borders. RBI Deputy Governor Bibhu Kanungo declared that all RBI-regulated entities are to “stop having business relationships with entities dealing with virtual currencies forthwith and unwind the existing relationships in a period of three months time.”

This set a series of events in motion that would disrupt the blossoming crypto ecosystem in India. Crypto exchanges shut down due to regulatory pressure and crypto entrepreneurs were arrested. Despite this, in less than 18 months following the ban, Binance made the decision to buy out WazirX, India’s biggest crypto exchange.

Even before the ban in April 2018, the bank had had its fair share of problems with digital assets. In December 2013, the bank issued the first of several statements warning users of the risks associated with trading in digital currencies.

In December 2017, India’s Ministry of Finance said in a statement that cryptocurrencies pose a heightened risk of an investment bubble of the type seen in ponzi schemes, and that a sudden and prolonged crash would harm investors.

However, instead of taking the time to find and assess details of the issues caused by cryptocurrencies, the RBI took the easy route by imposing a blanket ban on all crypto-related activities through existing laws rather than forming new regulations in order to shield regulated entities and consumers from the risks of cryptocurrency investments.

However, the April 2018 crypto ban by the RBI spurred the beginning of a long courtroom drama. Later, a bill called “Banning Cryptocurrencies and Regulation of Official Digital Currency Bill 2019” was proposed by lawmakers, implying a 10-year jail term for citizens who deal with cryptocurrencies.

The bill also suggests that a “Digital Rupee” issued by the country’s Reserve Bank may be approved by the Central Government as legal tender, while all currencies fitting the cryptocurrency definition would be comprehensively prohibited. Speaking with Cointelegraph, Sidharth Sogani, the CEO of rating platform Crebaco, explained why this approach taken by the government toward Bitcoin regulation is inevitably futile:

Sogani added that he hopes to see regulatory clarity on crypto soon, explaining that the government needs to outline standards on how to treat crypto payments, Know Your Customer, taxing profits, crypto exchanges, fundraising regulations, and ultimately, whether the tokens should be treated as securities. He continued by saying that he hopes these changes come into force in 2020, adding:

“In the meanwhile, I hope the RBI ban is lifted with immediate effect encouraging the startups to start working on development in India. Right now everyone is scared because of the RBI ban and the draft crypto ban bill which was made by interns without any expert opinion.”

On Nov. 21, Binance announced its purchase of WazirX for an undisclosed price. Launched in 2018, WazirX is an Indian cryptocurrency exchange with more than 200,000 app downloads. The exchange created the world’s first auto-matching peer-to-peer engine to help traders convert Indian rupees into crypto and vice versa. WazirX was the ideal crypto entity for Binance to acquire and mark their entry into India.

In the first quarter of 2020, Binance will also incorporate WazirX’s peer-to-peer auto-matching engine into its fiat gateway platform to bring a secure cryptocurrency entrance to the Indian masses. The alliance will enable users to obtain the Tether (USDT) stablecoin against rupees from WazirX and then trade USDT against any cryptocurrency available on Binance’s website.

The Indian crypto ecosystem is optimistic that Binance’s purchase of WazirX is just the beginning of big names venturing into the country. On this, the CEO of WazirX, Nischal Shetty, said:

“I think we’ll see a ton of large Crypto businesses participate in India provided the existing banking restriction is lifted. This restriction by RBI is causing India to lose 100s of Millions worth of investment. India is lagging behind the Crypto and Blockchain innovation curve as a result.”

Even Sumit Gupta, co-founder and CEO of CoinDCX — one of WazirX’s biggest competitors in the country — shared a similar opinion in a conversation with Cointelegraph:

“The recent news about these exchanges is an encouraging sign. It displays the credibility of the Indian Crypto Ecosystem as well as the faith the world has in India. With a wide variety of services, CoinDCX would like to welcome Binance into India. Their association just reinforces the belief in our India Business. Certainly, the global crypto world is bullish about India.”

He added that he and numerous other industry participants are “confident, mainly because we are optimistic that the government will understand this technology and see the merit of cryptocurrencies and blockchain.”

Entrepreneurs aren’t the only ones optimistic about the future of the crypto ecosystem. Some lawyers who have been fighting the RBI on the side of the crypto enthusiasts see this as a positive step. In a conversation with Cointelegraph, Varun Sethi, the founder of Blockchain Lawyer, said:

“The acquisition of WazirX by Binance should be construed as a positive step since this would help assembly the defragmented efforts to approach regulatory authorities for bringing in place regulatory framework. Also global experiences of binance dealing with other government and their subsequent change in stance towards a pro crypto approach, may well be the trigger that India needs to head in the right direction for such regulations.”

The Indian government has been stubborn in heeding advice from financial experts and economists on its decisions. Its poorly executed demonetization efforts — a move that removed 86% of bank notes in circulation — is a perfect example of the country’s government overlooking the crypto ecosystem for solutions. Crebaco’s Sogani has had trouble first-hand advising the government:

“We have submitted several reports to various departments of the government including the MEITY, MoF, Home ministry, RBI, NASSCOM, etc but never got a positive reply. Hope the government realizes that India has one of the best IT professionals giving them opportunity will make a great difference.”

According to this and similar first-person accounts, the government’s existing top-down approach hasn’t been working, and therefore some believe that something needs to be done from the bottom up. Contributing to this, some organizations are taking it upon themselves to educate the masses about crypto and blockchain, thus alleviating common fears and misinformation people have regarding the technology.

Nischal Shetty of WazirX has been running the #IndiaWantsCrypto campaign on Twitter for over a year. The hashtag gets over 500,000 views every week. The campaign has gained the attention of not only social media users, but also regulators. Talking about the impact his awareness campaign has had, Nischal says:

“Before the campaign, people thought Crypto was illegal in India. Now they understand it’s just a banking restriction. People also realise there are tons of legitimate projects out there. There’s awareness around Crypto adoption in other countries, how other nations are dealing with Crypto etc. Behind the scenes, we’ve been able to meet a few Members of Parliament in India who have been patient enough to listen to us and understand the innovative nature of Crypto.”

In April 2019, the RBI circulated a draft framework of a regulatory sandbox for testing innovative fintech products and services that incorporate blockchain and smart contract applications, but explicitly exclude any cryptocurrencies and initial coin offerings.

Approximately half of the states in India have integrated blockchain projects into their administrations to optimize various public services. While most projects are in the pilot stage, the state governments have taken a methodical path in ensuring that both start-ups and niche services have a conducive framework for participating in these initiatives.

Related: BRICS Nations Discuss Shared Crypto to Break Away From USD and SWIFT

In addition to the public sector, private enterprises across all key industries in India are also identifying different applications of blockchain. The banking, financial services and insurance sectors have seen the highest adoption, but other industries such as healthcare, retail and logistics are also accelerating rapidly. However, Sogani thinks that the blockchain projects run by the state government are there purely to create political hype:

“State governments are running pilot projects which are nothing but a document hash on a private blockchain which we can see on the certificates of land records etc.”

In his opinion, the word “blockchain” is being thrown around too freely, and as in the case with the proposed national crypto, blockchain will not solve any issues, as the system is not transparent and open. He went on to add:

“Shifting those numbers on a blockchain instead of traditional databases will not make a difference to the user as such. The centralized currencies will not be immutable, open, decentralized or transparent. So it’s again a political hype.”

As things stand now, the Indian government will not be considering a cryptocurrency-related draft bill during the winter session of parliament. However, many people are assuming that a blanket ban on crypto is not a path on which the government will continue. Expanding on the notion, Gupta said that it would not be the best decision to impose a crypto ban:

“The government might take an inordinate time to pass any bill, but it most certainly will not pass the bill, without having a conversation with the stakeholders, including exchanges such as CoinDCX. In the off chance that it does pass the bill, it will be difficult to weed out the bad actors in the system. What the government can do, is draft some self-regulatory proposals that crypto companies in India need to follow.”