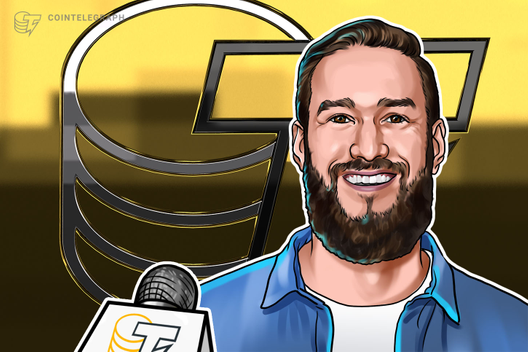 RSK is a smart contract platform secured by the Bitcoin network.

Cointelegraph en Español spoke with Henry Sraigman, South-East Asia Regional Director of RSK, during the Asia 2019 Blockshow in Singapore. We covered the expansion of IOV Labs and RSK, the company’s present and future in Asia, and the prospects for Taringa! after its purchase.

“RSK is a project that was born around 2015 trying to create the first smart contracts platform secured by the Bitcoin network,” recalled Sraigman. “That implies that the miners of Bitcoin can mine on another network with all the same infrastructure — in this case the RSK network,” he said.

So about four years ago they began to travel to Asia, where almost all the miners were, especially in China. “Now they are also moving to Korea, Singapore, and other markets such as Georgia, Russia, Mongolia, Finland, Canada,” Sraigman remarked. “There are different markets where they settled, looking for tax benefits, energy, low rates, dams, etc. So they were trying to make conversations with mining pools, seeking support for the project, not only with the mining part, but also bringing value and building on the Bitcoin network.”

When asked about the decision to expand to other markets, Sraigman said that “after building the ecosystem in Latin America, trying to have collaborations with partners in Europe and the United States and little by little in Asia as well, the idea was to make the decision to expand globally and come to Asia to try to explain what we were building.

“Southeast Asia is a very important market for us. There are similarities and differences with the Latin American market. It is a much more agile ecosystem than we are accustomed to in Latin America,” he said, noting the existence of alternative payments, neobanking, virtual wallets in the Asian continent. “It’s super interesting. There are conditions and good regulations for the adoption of technology.”

“They are also very eager for new business and emerging technologies. And within that decision to expand, it is that we made different strategic alliances with strong players of the ecosystem, as an official accelerator of the Government of Singapore. It’s something we’re trying to replicate in different markets,” he said.

In this scenario, they are setting up the operation in Southeast Asia. “I am in Singapore monitoring the whole operation, and we have a person who is for dissemination tasks, with workshops, education, the internal assembly of tools to improve the usability of the technology. Then, in the East there are marketing people in China and Korea, and we have some openings for what is commercial development, partnerships, etc.,” he said.

Sraigman said that this same year they launched an investment fund that operates from San Francisco,California but is actually global. “Any project that is being built on blockchain technology, the world of RSK, Ethereum, can be applied from anywhere. The idea is to find disruptive technology projects that can be used at the end of the day. There are projects linked to infrastructures, wallets, DeFi,” he said. And he also invited other projects that want to join.

Sraigman says the company has its sights set on different strategic focuses: “This is where the development of technology is going a little bit. Just as the ICO or STO were two or three years ago, today the thematic axes become DeFi. Bitcoin in its nature is decentralized finance. Everything we are seeing about Bitcoin, Ethereum, the idea is to replicate it. And another angle is sharing economies. And it’s the strategy Taringa! brings. See how we compensate users, who today are selflessly and without incentives creating content or collaborating with others. The idea is to support initiatives. There are more than 1000 communities within Taringa! creating content.”

On the other hand, he said that Facebook, JPMorgan and Tencent, with their own initiatives, are going to bring people into the ecosystem. “We’re probably about a year away from strong mass adoptions, and Taringa! has potential, with 30 million connected users who could have wallets and receive tokens in their wallets,” he said.

Reflecting on the big picture, Sraigman said we are still at a very early stage in some aspects and more developed in others. “But regarding the conquest of traditional industries, we are still in a transition that combines digital crypto and non-crypto, fiat money, and credit cards. We need people who provide liquidity at both ends. In that context, we are still in transition. There’s still a little bit of intermediation,” he acknowledged.

In thinking about the immediate future, he said that 2019 and 2020 “will be for industry in general and for us in particular, the period of real adoption of reaching the end user, of being able to generate a transformation in how the user relates to value.”

IOV Labs, the company behind RSK, and the purchase of Taringa!

Cointelegraph reported last September that the Argentina-born social network Taringa! was sold to IOV Labs, the company behind RSK. In this regard, IOV Labs CEO Diego Gutiérrez Zaldivar spoke on that occasion about the expectations: “Taringa!, with 30 million registered users, is the leading social network of Spanish-speaking users. Having access to Taringa’s user base will provide invaluable information and data for testing and distributing new decentralized infrastructures and applications powered by the RSK platform and the RIF token on a large scale.

“We see Taringa as the first step toward mass adoption of the RSK and RIF platforms, and a big step forward for our long-term vision of empowering people through decentralization,” he said. “Together with Taringa’s leadership, and using RSK’s decentralized infrastructure, we plan to develop innovative consumer products and services for their communities.”

Considering that Taringa! has about 30 million users and that it is an important database, the CEO of IOV Labs spoke about users: “We are already building our first tool to enable Taringa users to be rewarded for actively participating in their communities. Once this is in place, we plan to add more features, including peer-to-peer token exchanges and a market for dApps to start offering products and services to our users. Our ultimate goal is to create a new open, decentralized Internet that respects people’s freedom of expression and privacy.”