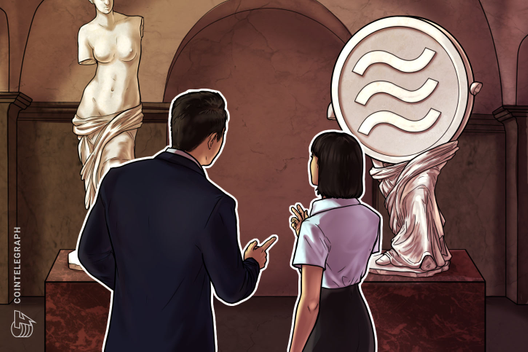 Germany’s finance minister Olaf Scholz said in an interview that he intends to keep money issuance under the state’s control.

Germany’s finance minister Olaf Scholz sees uses for an electronic version of the euro but believes Facebook should stay away from money issuance.

Speaking to local financial news outlet WirtschaftsWoche on Oct. 3, Scholz revealed that he would be keen on seeing a so-called E-euro, adding:

“A payment system like that would be good for Europe as a financial center and its integration into the world financial system.”

By contrast, Scholz has stated that he is “very, very skeptical” of Facebook’s digital currency, Libra, mimicking its hostile reception in France previously. He continued:

“A core element of national sovereignty is currency issuance; we would not leave that to private businesses.”

Scholz’s comments came at the same time as Apple CEO Tim Cook revealed his distaste for Libra, likewise claiming that governments and central banks should be in charge of money.

“I’m not comfortable with the idea that a private entity can create a modern currency,” he said in an interview with French publication Les Echos. He added that Apple would not attempt to replicate Facebook’s currency experiment.

As Cointelegraph reported, Libra’s latest roadmap suggests that its developers still have full faith in the project and intend to continue progress toward launching a mainnet.

A rough release timeframe of Q2 2020 was circulating for several months before Facebook CEO Mark Zuckerberg conversely said that the company had no deadline for a launch.

On Oct. 4, payments network PayPal officially pulled out of the Libra Association.