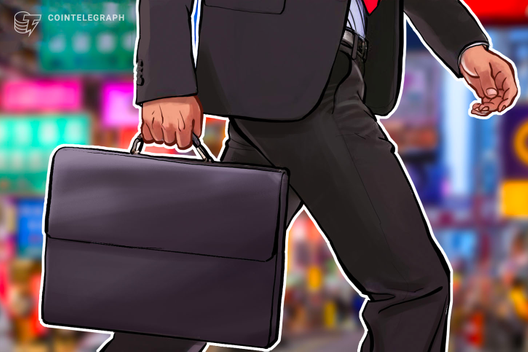 Huobi Group founder Leon Li has been appointed CEO, chairman of the board and executive director of the board of Pantronics Holdings Ltd.

Huobi Group founder Leon Li has been appointed CEO, chairman of the board and executive director of the board of Pantronics Holdings Ltd.

“The global scale of innovative technologies is rising exponentially. Emerging technologies, such as mobile internet, A.I., big data, and especially blockchain technology are radically transforming traditional business models. The knowledge, experiences, and management skills that have allowed Leon to build one of the most successful digital asset companies in the world will be invaluable to the Pantronics team.”

Pantronics Holdings Ltd. might undergo a name change to Huobi Technology Holdings Limited. However, the change will be subject to approval from the Registry of Corporate Affairs in the British Virgin Islands and shareholders.

Cointelegraph recently reported that Huobi-invested startup Whole Network was planning to launch its blockchain-powered smartphone, dubbed Acute Angle. The blockchain phone was already available to some users in China, but the actual launch of Acute Angle is scheduled for tomorrow as part of the sixth Huobi Prime launch.

The blockchain phone is produced by the Whole Network startup that Huobi invested in and will be priced at around $500, and can be purchased with the exchange’s native Huobi Token (HT).