Tim Draper Joins Board of Directors at EOS-Based DApp Firm 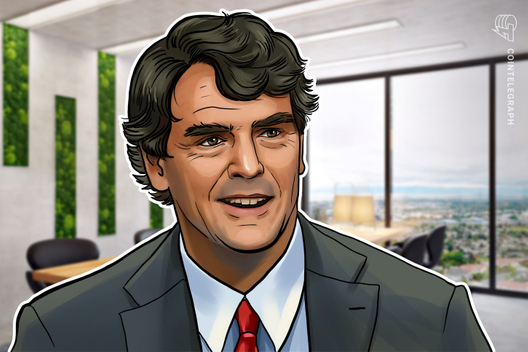 Tim Draper, a famous investor with an estimated crypto net worth ranging between $350 million and $500 million, has joined the board of directors of EOS-based decentralized application (DApp) firm MakeSense Labs.

In a news release on Sept. 9, Draper said: “I am excited to support this amazing application. Sense.Chat improves human connections by allowing private, seamless messaging and payments.”

“We are very excited to have Tim’s support and advice. He’s been a massively important and pivotal figure in technology, and recently in the blockchain. He’s everything we want to emulate in our leadership — he’s creative, supportive and passionate.”

According to his Cointelegraph People page, Draper has been included in Worth Magazine’s 100 Most Powerful People in Finance list, and the Forbes Midas List.

Status.IM, an Ethereum light client, DApp explorer and messenger, launched its alpha version in January 2017. The company released what it claims to be the first chat and video messenger with an integrated digital wallet in March. The software is now available on both Android and iOS.

In June, data from the research wing of crypto exchange Binance showed that the vast majority of DApps for finance are made on the Ethereum network.

As Cointelegraph recently reported, encrypted instant messaging service Telegram has released the explorer and node software of the test version of its Telegram Open Network, the blockchain the firm intends to transition its service to.