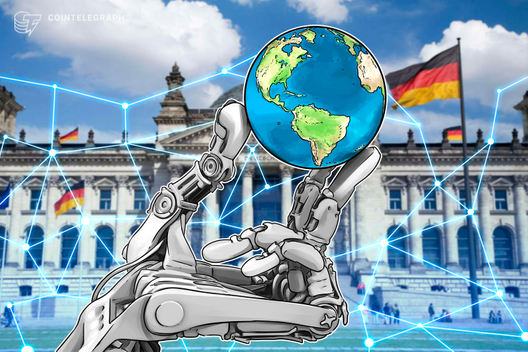 A German political party wants to save the climate by paying crypto to anyone who removes carbon dioxide from the atmosphere.

Germany’s Free Democratic Party (FDP) wants to pay cryptocurrency to anyone who removes carbon dioxide and other greenhouse gases from the atmosphere.

Get paid to fight climate change

According to a report by local news organization Welt on Sept. 2, the FDP recognizes that it is no longer enough to only focus on putting less carbon dioxide into the atmosphere. It said that, if the world wants to slow down global warming, it will also need to retrieve greenhouse gases that have already been emitted.

The party in Germany’s parliament, the Bundestag, has proposed creating a new digital currency called Arbil, along with the motto: “Put CO2 on the digital chain.”

Marco Buschmann, the first parliamentary director of the FDP parliamentary group, said the project sounds technically complex at first, but is actually quite simple. He explained:

“Anyone who withdraws CO2 from the atmosphere will be paid for it. In this way, we want to reward active climate protection and promote inventiveness and innovation.”

Arbil could be valued at about $30

Arbil will receive its value through a guarantee to exchange Arbil coins for emission certificates. One Arbil coin would correspond to the certificate value for one ton of carbon dioxide, which is currently valued at approximately $30. Frank Sitta, deputy group chairman of the FDP, said:

“We want to give CO2 a price worldwide. With our blockchain concept, the national emissions trading systems can be elegantly combined.”

When read backwards, Arbil — which is based on “arbor,” the Latin word for tree — spells Libra, the name of Facebook’s cryptocurrency.

In May, the United Nations signed a memorandum of understanding with nonprofit organization W Foundation to promote global climate action projects, including compensating those who take climate action with cryptocurrencies.