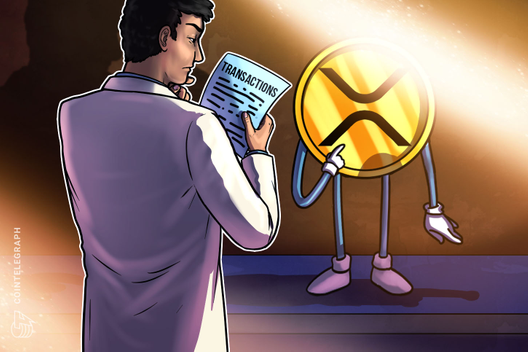 Fintech startup Ripple transferred 500 million XRP tokens from its escrow wallet on Sept. 3, according to data from Whale Alert, a live tracker for cryptocurrency transactions.

The San Francisco-based company moved funds worth about $130.1 million. This token transfer is one among many other enormous transactions to and from Ripple, which have generated resentment within the community as some of its members accuse it of dumping XRP and crashing the token’s price.

Indignation within the community

In late August, Twitter user @CryptoBitlord started a Change.org petition entitled “Stop Ripple dumping,” which has since secured 3,063 signatures out of a target of 10,000. “The only logical explanation is that Ripple are dumping on us. And not small amounts either. Literally billions,” the author of the petition wrote.

XRP’s price has been steadily declining over the past few months, although recent financial reports from Ripple have revealed an increase in XRP sales. In the second quarter of 2019, the company sold $251.51 million worth of XRP, which marked an approximately 48% growth quarter on quarter.

Referring to XRP, CryptoBitlord also noted in the petition that a new bank or partnership has been announced — “but still, it manages to keep on dumping.” In August alone, PNC — the United States’ eighth-largest bank, with almost $400 billion in assets — became the country’s first to start using the RippleNet blockchain network for cross-border payments.