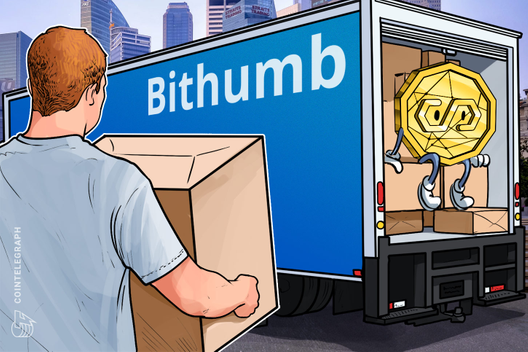 Bitholic has changed its name to Bithumb Singapore, indicating a shakeup or new partnership with South Korean exchange Bithumb.

Local media News1 Korea shared the announcement in a report on Aug. 8. According to the report, the name change is part of an overseas expansion for Bithumb; however, the paper notes that Bithumb’s equity structure remains unknown.

According to the announcement, the exchange’s name change occurred sometime this month. Moreover, a Bithumb official reportedly confirmed with the outlet that “Bitholic plans to launch a coin trading business under the name of Bithumb Singapore.” At press time, however, Bitholic’s website appears to retain its name for now.

The report also notes that BitHolic is represented by Park Jung-hoon, who is apparently a former director of the Bithumb Strategic Planning Office.

Back in Oct. 2018, the BK Global Consortium acquired a majority share in Bithumb for $354 million, as per a report by The Business Times. The leader of BK Global, Kim Byung-gun, is reportedly a plastic surgeon who operates clinics out of both South Korea and Singapore in addition to investing in blockchain businesses.

As reported by Cointelegraph in June, Bithumb faces legal action for insufficient safeguards of its users’ personal information. The prosecutors in the case alleged that a data breach was to blame for a platform hack that cost users almost $7 million. These lawyers alleged that Bithumb stored its customers’ data on employee computers with no encryption or security update software.