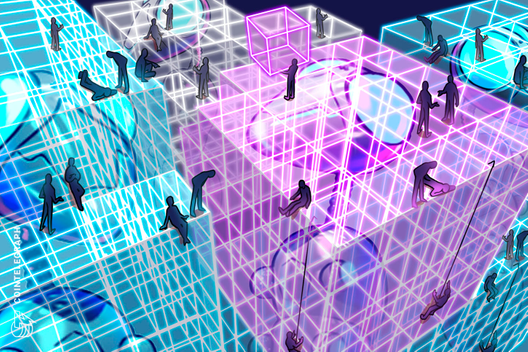 The news follows a memorandum of understanding signed by Standard Chartered and Linklogis in February 2019, when the firms agreed to collaborate on expanding the bank’s supply chain visibility, as well as to support sustainable growth of China’s economy and innovation.

Linklogis platform is based on blockchain tech from Tencent

Specifically, the new transaction reportedly involved Linklogis’ platform dubbed WeQChain, which is based on blockchain technology from Chinese internet giant Tencent. By applying the platform, the parties aimed to boost transparency and optimize costs of access to credit for upstream suppliers within the China-based project known as Digital Guangdong.

Digital Guangdong is a joint venture between Tencent, China Unicom, China Telecom and China Mobile, which developed over 700 digital governmental services and applications and processed over 200 million transactions for the residents of Guangdong province.

According to Xie Wen, the head of commercial banking in China at Standard Chartered, cooperation with Linklogis and adopting blockchain technology will allow their clients to remain competitive.

Headquartered in London, Standard Chartered is an international bank focused on businesses in Asia, Africa and the Middle East. Earlier this year, Ed Bowles, the former head of public affairs at Standard Chartered Bank, was reportedly hired for Facebook’s cryptocurrency project Libra.