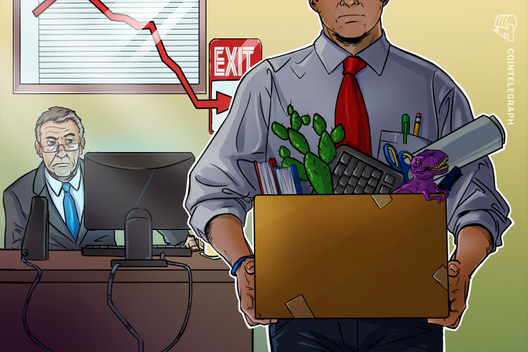 The head of Circle’s over-the-counter trading desk has resigned and an in-house trader will reportedly fill his vacancy.

The Block reported news of Matuszewski’s departure on August 2. He apparently said that he was resigning to pursue a “brand new entrepreneurial opportunity in crypto.”

As previously explained by Cointelegraph, OTC trading may be an attractive option to crypto investors. In addition to Circle, crypto platforms like Coinbase and Binance have opened OTC desks, and did so in the middle of crypto winter no less. OTC desks allow traders to transact directly with each other, which can be especially important for companies that can’t comply with the listing requirements for traditional exchanges.

In January, Circle said its OTC trades had a notional volume of $24 billion in 2018, and was only expecting volume to go up this year:

As reported by Cointelegraph, Circle CEO Jeremy Allaire recently said that he thinks the United States will implement crypto regulation as a check on overseas companies. According to Allaire, there is an increasing number of digital asset projects being developed outside the U.S., with American companies also migrating elsewhere to boot. As a result of this, he conjectured:

“I think it is ultimately going to lead to, ultimately legislative initiatives to try and ensure that there are appropriate safeguards and investor protections but also clarity, which is much needed to allow the technology and industry to flourish.”