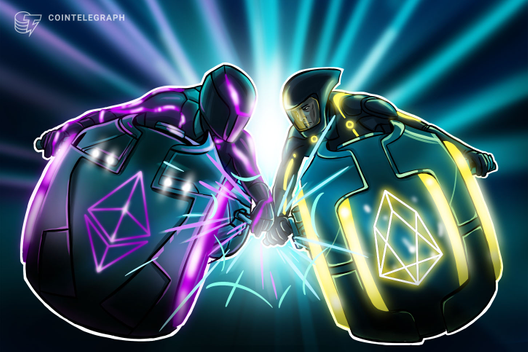 The Chinese CCID Research Institute put Bitcoin in eleventh place in terms of technology, application and innovation in a monthly ranking of 37 digital currencies.

In its latest rankings, the Chinese CCID Research Institute put Bitcoin (BTC) in eleventh place on a list of 37 digital currencies in terms of technology, application and innovation. The ranking results were published by Forex Crunch on July 31.

The CCID Research Institute is an initiative of China’s Ministry of Industry and Information Technology that provides a monthly assessment of cryptocurrency projects. The assessment takes into account 37 cryptocurrencies and considers their properties such as basic technology, applicability and innovation, which put together form a total value index.

Bitcoin scored only 103 points in the assessment, which brought it to the eleventh place — up 4 places from the rankings released in March. In February, Bitcoin had moved from number 15 to number 13, then falling back down two spots to occupy 15th place again.

Notably, EOS is the all-time leader in the CCID’s rankings. EOS had previously faced controversy with critics targeting its apparent lack of decentralization and ability to reverse transactions as areas of concern.

As reported earlier in July, 83% of American investors would consider a preliminary investment in Bitcoin, as the asset gains traction among an ever more mainstream audience. As an overall trend, the report notes:

“Bitcoin has […] expanded its reach to a broad mainstream audience […] Increasingly, savvy investors recognize that Bitcoin […] may have unique investment characteristics that provide diversification far beyond the basic 60% stock/40% bond portfolio allocation.”